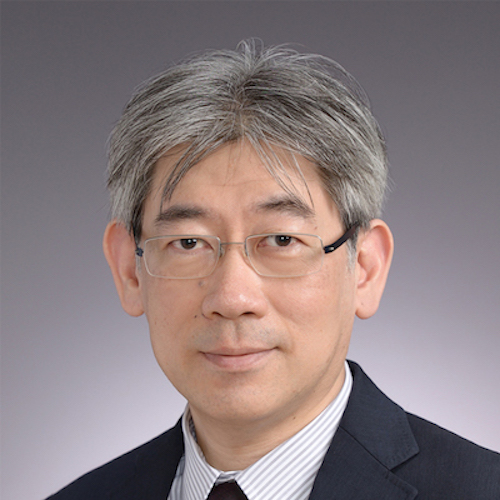 Graduate School of Medicine,
The University of Tokyo

The Paradigm Shift in Brain Science

With a network of some 100 billion neurons, the human brain processes a huge amount of information to perform the complex functions that make us unique. Conventional research methods have only had limited success in unraveling the mechanisms of this intricate information processing network. When taking measurements at the neuron level, only a small number of cells can be examined at one time. Conversely, activity of a large brain area can be estimated only through the averaged activities of local neuronal population with their numbers in a range of several hundred thousands. Therefore it was thought by most scientists until recently that it was impossible to realize brain–wide analyses of network activity at the level of single neurons.

Fortunately, however, several new technologies have been developed in quick succession in recent years that provide keys to analyzing the whole brain network at the level of single neurons. These include: technology that enables automatic analysis of the brain structure at the resolution of electron microscopy; imaging technology that makes the brain transparent and records its entire structure on a cellular level; and technology that controls activity of specific neurons by light. Stimulated by these new technologies, neuroscientists think that it is time for a major paradigm shift in research, with its goal of elucidating the full mechanisms of the brain.

In 2013, US President Obama announced the launching of the BRAIN Initiative (Brain Research through Advancing Innovative Neurotechnologies), a large-scale national research project on a par with the Apollo Program to land the first humans on the moon. The BRAIN Initiative is targeted at accelerating the development and application of innovative technologies to revolutionize our understanding of the neural network of the whole human brain. In the same year, the Human Brain Project (HBP) was launched in Europe to develop database platforms bringing together the experimental data from various kinds of brain research.

In parallel with these projects in the US and Europe, Japan formulated its own project based on the following three objectives: to focus on studies of non-human primate brains that will directly link to better understanding of the human brain; to elucidate the neural networks involved in such brain disorders as dementia and depression; and to promote close cooperation between basic and clinical research related to the brain. Dubbed Brain Mapping by Integrated Neurotechnologies for Disease Studies (Brain/MINDS), this new project was launched in fiscal 2014 and started to integrate new technologies and clinical research. In this program, challenging goals will be achieved through long-term researches carried out by linking core research institutions nationwide. In 2018, a sister program called “Brain/MINDS Beyond” was initiated and expected to facilitate international collaboration and data sharing. From 2019, the second half of the research term started with appointment of new research teams for clinical neuroscience and innovative neurotechnologies.

As the program supervisor for this massive project, we work to expand cooperation among a broad range of scientists to apply novel ideas and technologies that will pioneer new frontiers in brain science. We are hopeful that the results will lead to fundamental understanding of neural network that realizes cognitive functions unique to human, identification of the damaged network caused by brain disease, and improved diagnosis and treatment of psychiatric and neurological disorders. 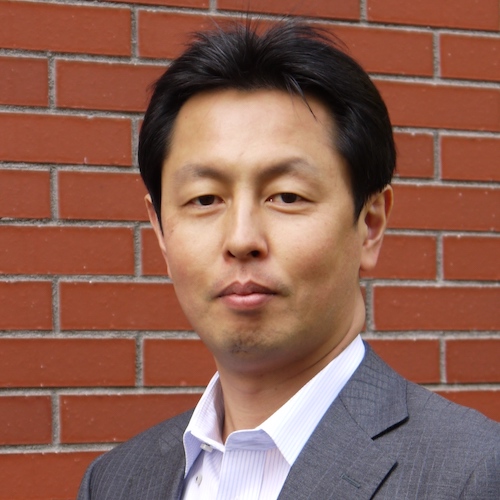 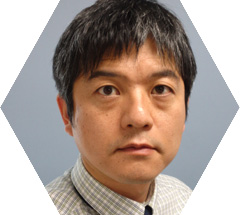 Graduate School of Medicine/
Faculty of Medicine, University of Yamanashi 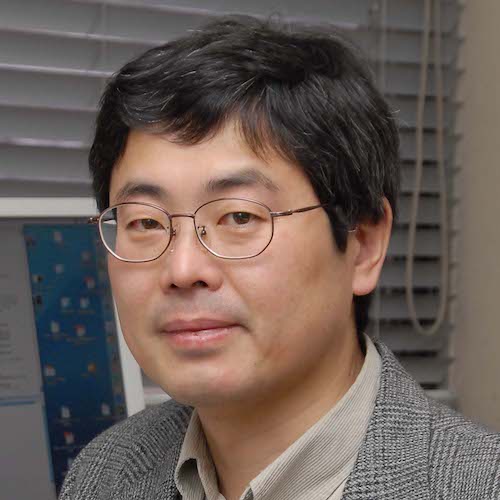 The brain comprises a network of over a hundred billion neurons, and an understanding of the brain requires clarification of not only the activities of each cell but also how those activities are transmitted throughout the network. To achieve these goals, we need to investigate the structural links between brain neurons, to create an accurate diagram of neural circuits, and to elucidate the principles under which signals are transmitted within this circuit. Due to technological limitations, research at such a detailed level has not progressed much to date. However, with recent innovations in experimental methods and measurement technologies, the time has come to tackle this research. The “Brain Mapping by Integrated Neurotechnologies for Disease Studies (Brain/MINDS)” was launched to address precisely this goal. The year 2019 will be the year of the last five years in the second half.

New large-scale brain projects are currently underway not only in Japan, but also in the United States, Europe, and Asia. Based on such global trends, to contribute to the development of international brain science research, we have newly started a sister project “Brain/MINDS Beyond” to deepen international collaborations. Also, the International Brain Initiative (IBI) has been launched in earnest to coordinate large-scale brain projects in each country.

We believe that, given the developments in each of the countries and our collaborative relationships, it is crucial to take advantage of the strength of neuroscience research in Japan to move forward using an “all-Japan” structure. Our understanding of the role is to provide guidance and advice such that the involved researchers all come together to advance the research toward the goals of this project. As program officers, we intend to fulfill our responsibilities to meet expectations towards neuroscience research under the direction of the program supervisor. Thank you very much for your understanding and support. 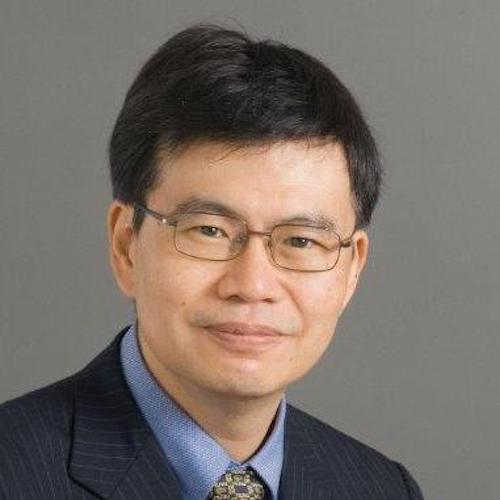 It is my great pleasure that we could inaugurate the Brain Mapping by Integrated Neurotechnologies for Disease Studies (Brain/MINDS) project, supported by the Ministry of Education, Culture, Sports Science, MEXT, and the Japan Agency for Medical Research and Development, AMED. My name is Hideyuki Okano, one of the Project Leaders of Brain/MINDS, which is Japanese Brain Mapping Project (Brain/MINDS).

As you know, there is a globally increasing interest in the brain mapping projects, including The Brain Research through Advancing Innovative Neurotechnologies (BRAIN) Initiative project in USA, Human Brain Project (HBP) in Europe and Brain/MINDS in Japan. These brain mapping projects aim to map the structure and function of neuronal circuits to ultimately understand the vast complexity of the human brain. In Brain/MINDS, we focus its attention on the common marmoset (Callithrix Jacchus), a new world small monkey, for structural and functional mapping of brains. This non-human primate has numerous advantages for brain mapping, including a well-developed frontal cortex, compact brain size and the availability of transgenic/genome editing technologies. Brain mapping of common marmoset is an ambitious project, requiring further extensive technological innovations. If we could obtain detailed information of structural and functional connectivity of entire marmoset brains, those will enormously contribute to our understanding in the human brains and their diseases!

In the second half of the research term, we aim to elucidate abnormal neuronal circuits in the psychological and neurological disease model marmosets, using our marmoset brain database. 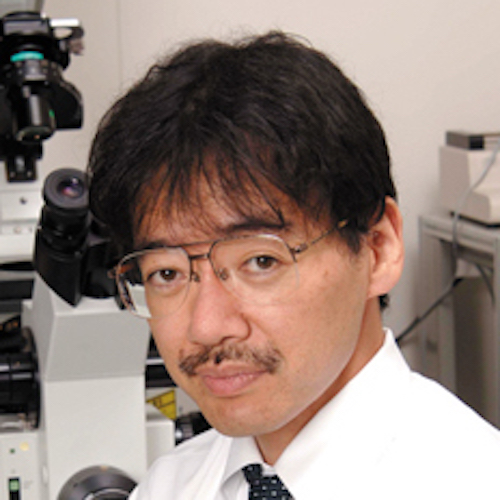 The history of science is a chain of advances in technology and knowledge that have always complemented each other; technological innovations bring about new discoveries and are bred by other discoveries. In the Brain Mapping by Integrated Neurotechnologies for Disease Studies (Brain/MINDS) project, a big group has been conceived as an assembly of scientists who are inclined towards developing technological innovations in brain science. These innovations include, for example, optogenetics, a growing suite of techniques that combine optical and molecular genetic methods. They employ genetically encoded tools and are becoming popular in neuroscience, where the central challenge is to understand the mechanisms by which neurons process and integrate synaptic inputs and how these mechanisms are modified by activity. In recent years, also, one of the most surprising innovations in neuroscience would be the new trend in optical clearing of brain tissue for the visualization of structures and molecules in situ. I hope that our efforts in the Brain/MINDS project will promote the progress of neuroscience as we address the expanding needs of this field.