The power of science to cure the incurable 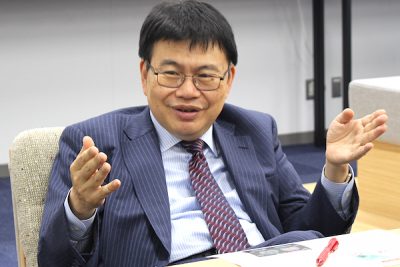 Spinal cord injury. Rett syndrome. Parkinson’s disease. There are many disorders of the brain and nervous system that we still don’t know how to repair. Compared to cancer or the immune system, the brain is still a black box, says Hideyuki Okano. As a doctor and a researcher, Okano’s approach is to dive into basic science—how genes and cells and molecules work—as a way to discover cures for disorders like these. “Understanding diseases is a challenge, but science is the way to find the background mechanisms. If we can clarify those, there’s a way to find a cure,” says Okano.

This is a major focus of Japan’s Brain/MINDS project, a 10-year effort to make detailed brain maps, understand advanced brain functions and chart the course of brain diseases. These different strands of research all center on the marmoset, a small primate. Okano, the project leader, has worked with marmosets for decades and describes them as more like humans than macaque monkeys, a close human relative. “Marmosets are monogamous, have family units, males take care of children. They are vocal and friendly communicators and make eye contact, just like humans,” says Okano. And crucially, marmosets are not mice.

Mice, especially genetically engineered or transgenic mice, are by far the biggest animal group used in research globally. For understanding human diseases, however, they are not always the best choice: they are evolutionarily distant, have a much shorter lifespan, and have a very different brain structure. Disabling a particular gene in a mouse—creating a so-called knockout animal—revolutionized the study of gene function in health and disease. But no one had tried this in a marmoset.

Adding an outside genetic element, like a malfunctioning gene, to an animal is the first step in creating a disease model, a simulation of a condition to study its progression in the living body. Parkinson’s disease, for example, develops gradually. People don’t start to show symptoms like tremor until they are down to 20% of the normal level of dopamine neurons in a part of the brain called the substantia nigra. The underlying genetics of the disease are well-known, says Okano, but knockout mice do not show the motor symptoms of human patients. Transgenic marmosets, however, do show these tremors. Okano’s research group was the first to breed marmosets with specific disease characteristics. They also observed sleep disturbances, another symptom in human Parkinson’s disease, in two-to-three-year-old marmosets (marmoset life-span is about 15 years). “This maybe gives us an opportunity to make an early diagnosis,” says Okano. Detecting a disease like Parkinson’s disease before major motor symptoms appear is important for saving neurons and slowing progression. 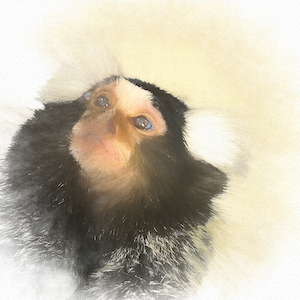 This kind of pre-emptive medicine requires biomarkers, like signals from the blood or patterns in a brain image. Okano’s marmoset studies are looking for such early-stage markers, also for Alzheimer’s disease. Tests that look at behavior, memory and cognitive function are one set of markers. Another view comes from brain imaging that looks at dynamic changes and connectivity between brain regions. Okano thinks a combination of techniques is needed: studying living primates, but also using imaging and looking at the effects of stem cells, for example. The advantage of the animal model is being able to follow and observe longitudinal changes over time: “We cannot kill the patient to see what’s going on inside, so we don’t want to kill the animal,” says Okano. “By the end of Brain/MINDS [in 2024], we want to generate some medical interventions.”