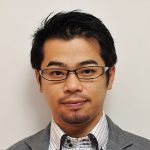 Since the discovery of Golgi’s method in the latter half of the 19th century, neural circuit analysis has always carved out its place in history at the cutting edge of development. Now, the transparency technology, which enables rapid and large-scale 3-dimensional structural analysis, is being continuously developed both in Japan and overseas. It is expected to bring about breakthroughs in neural circuit analysis. In particular, the tissue-clearing method ScaleS has superior retention of ultrastructure, and it can be applied to electron microscopy. So, the ScaleS method is going to be used as the main axis for approaching the task in this application, namely tackling establishment of the following: (i) flexible zoom-in technology across the two observation methods of the light and electron microscopy; and (ii) technology to efficiently analyze the whole-brain level (macro) and the ultrastructure level (micro). We will establish a zoom-in technology that everyone can carry out reliably, and promote the integration of “brain structure mapping” conducted in each hierarchy.